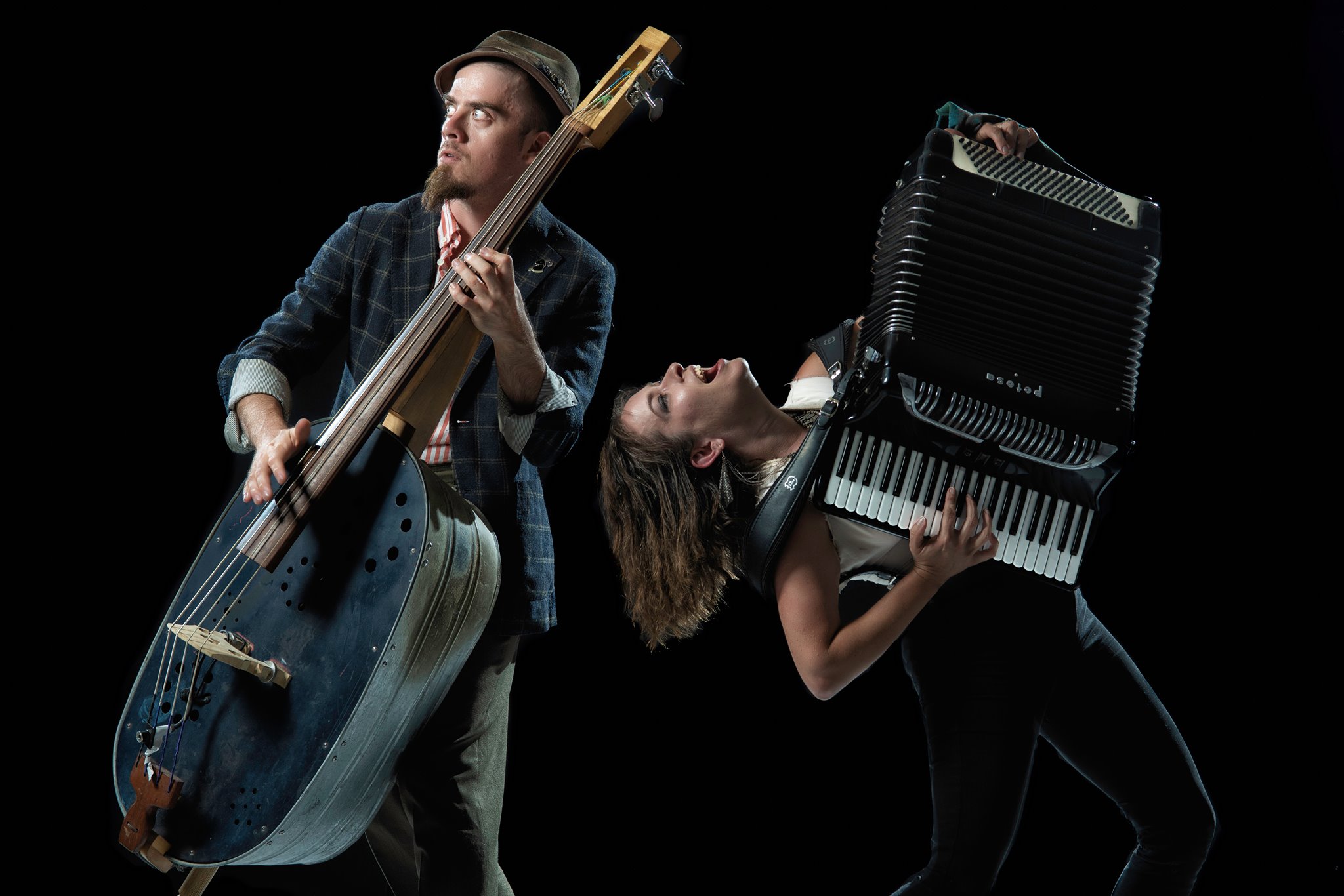 Three For Silver is a freewheeling collective in which the only rule is to survive and perform, an elastic conglomeration of musical freaks as likely to be found in a grand theater performing for foreign dignitaries as busking on your street corner for spare change.

Lucas Warford (vocals, basses) is the thumping heart of the band, a chugging diesel engine of bass and growl. “The acid baby of Tom Waits and Les Claypool,” as NW legend Baby Gramps once called him. His one-of-a-kind basses are the platform upon which he yowls and raps his end-time visions of the world. Willo Sertain (vocals, accordion) hails from the woods of North Carolina, her distinctively pure tones and haunting melodies act as a natural foil to the madness of Warford. This unlikely pair lead the band, fashioning new line ups and new sounds.

Three For Silver has hit the road since 2013, unleashing their idiosyncratic sound on over 200 audiences a year, blind to anything but the next stage, the next audience, the next night. With nary a manager or booker in sight, their monomaniacal devotion has already led them all over the country and the world, performing in clubs, bars, theaters, boats, festivals, farmer’s markets, living rooms, and most recently partnering with the US State Department for ongoing cultural exchange tours to other countries thirsty for truly original American music.

Whether live or on their new record, Three For Silver is a band for this moment, when it is hard to imagine the future and all too easy to focus on the past, when the rules no longer seem to apply, and when what you never thought possible is the only choice you’ve got.